How to Live a Quality Life Free From Stress 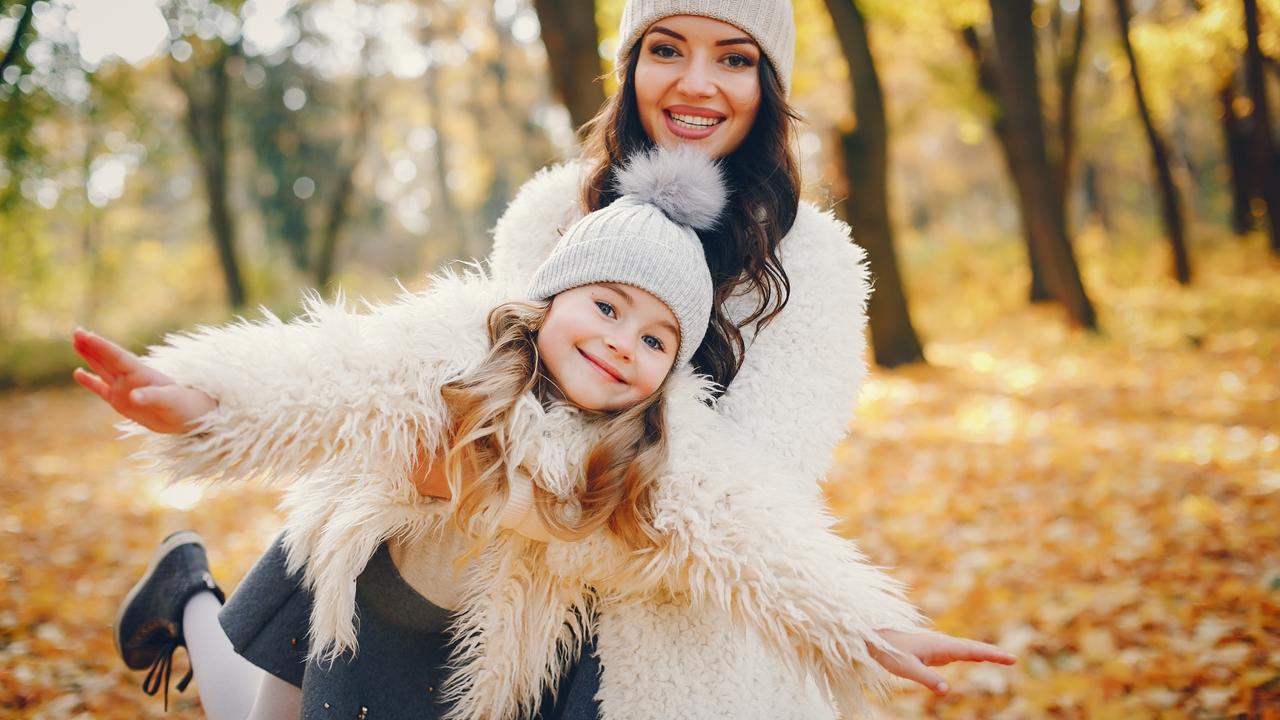 My husband and I splurged on a trip to Cancun for our 30th wedding anniversary and stayed at a beautiful all-inclusive resort.  We enjoyed the wildlife that walked around the resort freely especially the beautiful peacocks. The beach was pretty and we had great weather.  And the buffets...well, they were huge and filled with amazing variety, but one thing we kept finding ourselves saying about the buffets was, “it’s just a little off.”

Everything was presented beautifully and like I said there was so much to choose from, but none of it was particularly good.  We would rather have one plate of really great food than four plates of “just okay” food. And the food was one of the experiences we had been looking forward to on this trip!

An enjoyable life is also about quality over quantity.  It’s having a quality of existence.

When Stress Isn’t What It Seems 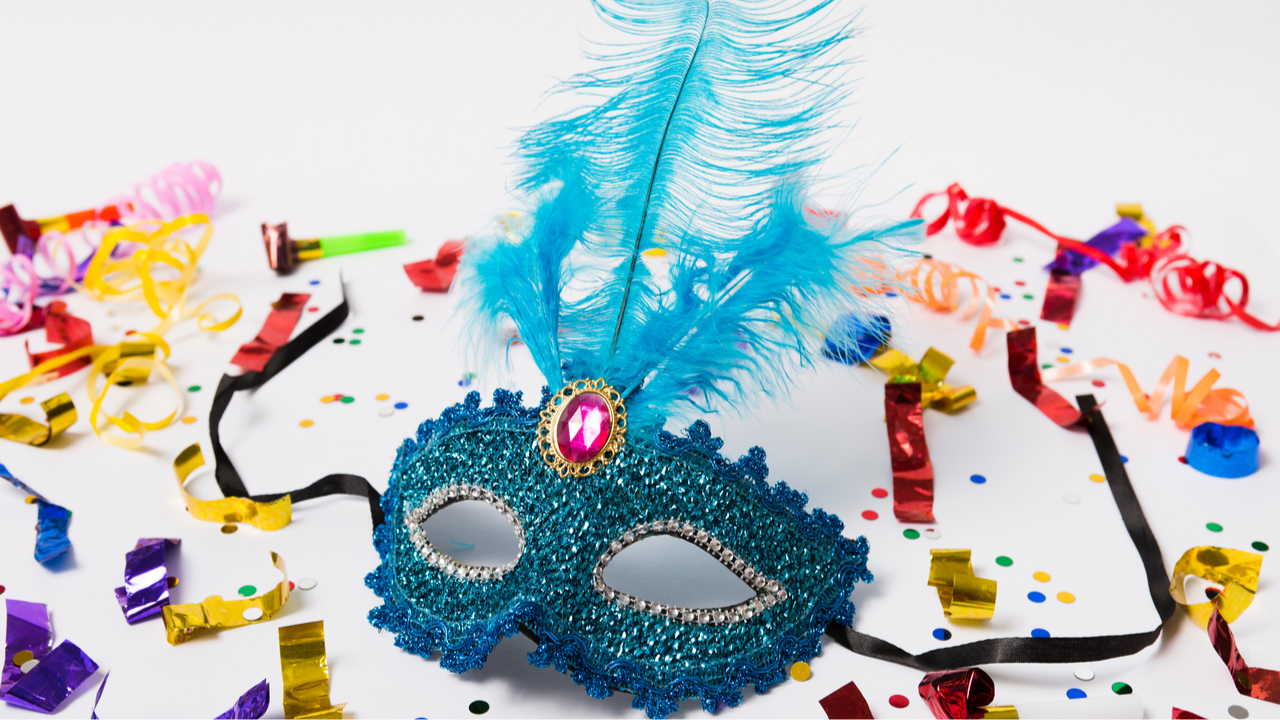 I felt myself getting irritated.  Yes, the bill was only $16 but it was unexpected and I didn’t think it should have been charged.  It wasn’t the amount of the bill that had me upset and starting to feel stressed. I could handle $16 but it was the principle of the thing...or so I thought.

I’ve discovered some symptoms I have when feeling stressed can really sneak up on me and it takes me a while to realize that I have allowed myself to become stressed.  They include getting short with others, finding other people irritating, feeling taken advantage of, tasks that would not usually be an issue seem large and daunting, and a lack of energy.

I’m getting better at becoming aware of these symptoms and recognizing that I have an issue to address.  Admitting you have a problem is the first step, right?

So, when I recognized that I was getting disproportionately upset over this $16 bill I had to talk to God about this.  When it comes to...

God is On the Move! 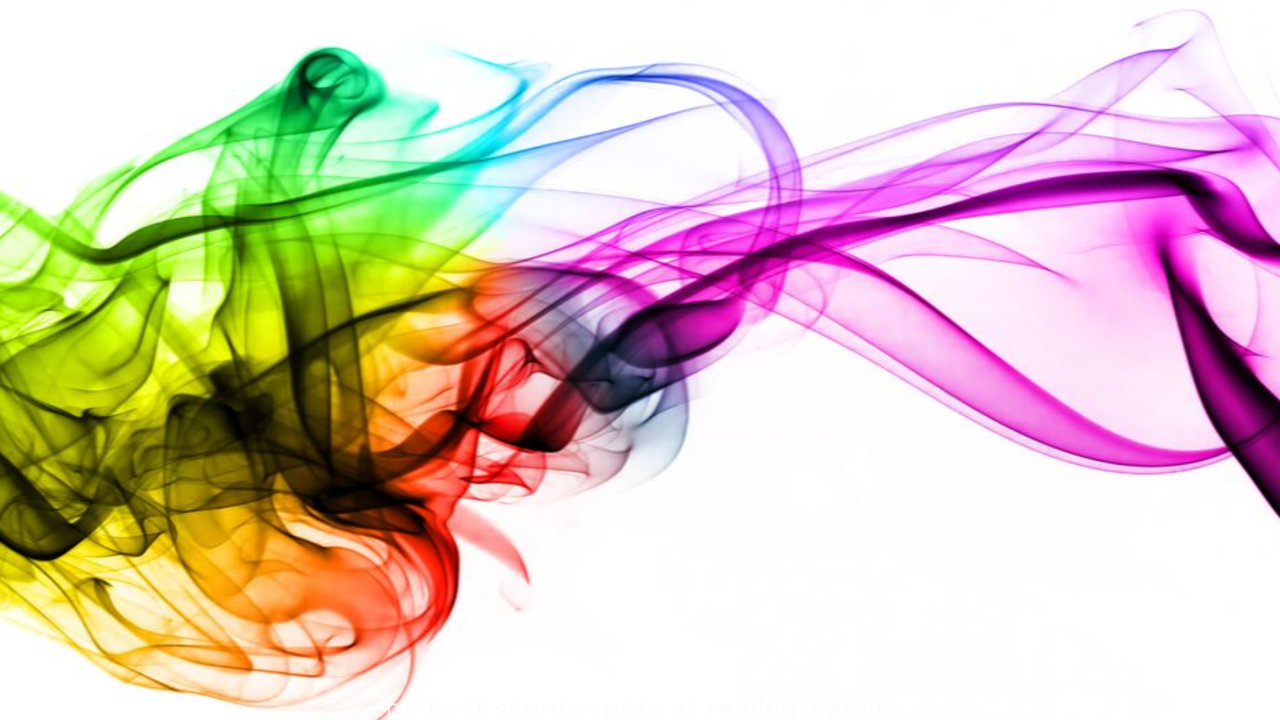 I’ve discovered that one of the things I can do to eliminate stress is to be on the move with God.  God is always moving. He has things that He needs to be done on this earth. He invites us to work with Him to accomplish His plan and walk out our destinies.

Perhaps it seems more like your destiny is to do housework constantly, to go to that same boring job again, or to always be just scraping by.  And when life looks like that we think, “There has got to be more to life than this!” We are either bored or stressed if we think we are stuck with this as our destiny.

You likely know that the life you are living now is not your destiny.  There is something inside each one of us, even most Christians, that cries for more - that knows there has to be more.  This is why we are seeing so many superhero movies right now. We all want to live exciting lives of power and adventure.  It’s put into our spiritual DNA because we are made...

Going Deeper with Our Prince of Peace 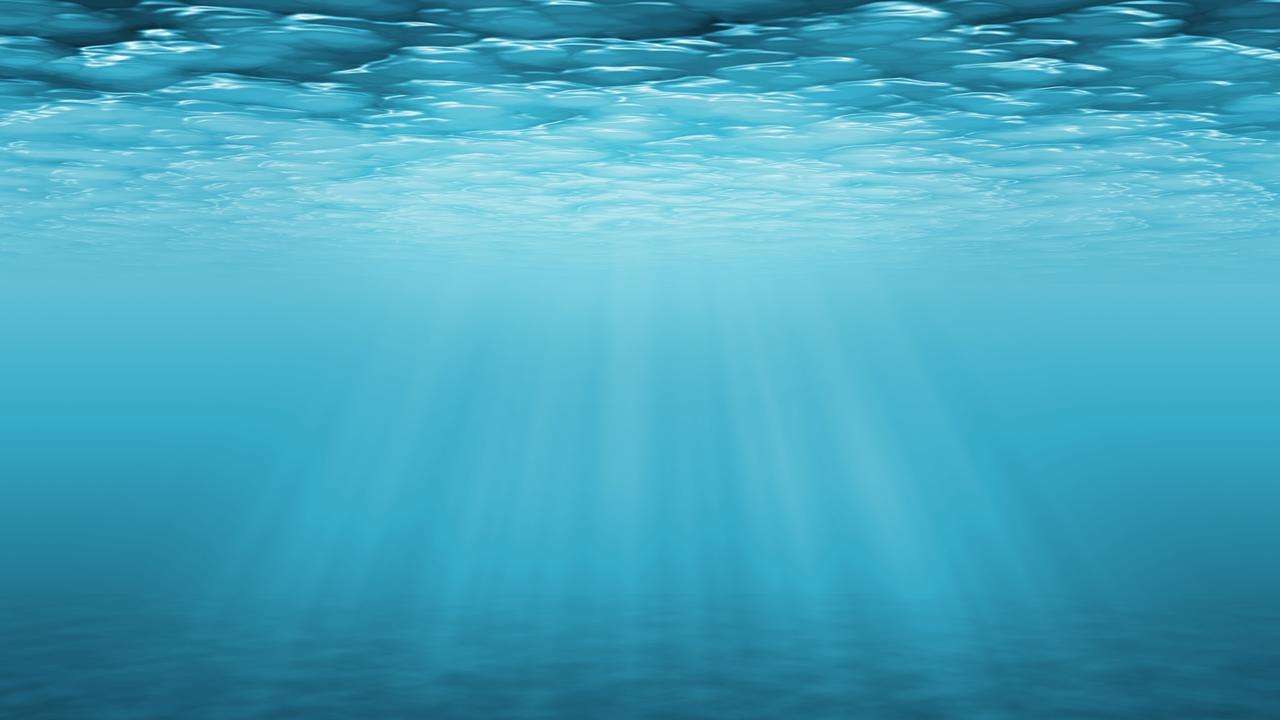 We’ve been talking about how the presence of God is the ONE THING needed to end stress. (Read prior blogs here.)

It’s much easier to pursue God and His presence when things are going poorly, isn’t it?  When you are desperate you are willing to live radically and spend extra time with God and His Word to try to find the answer.  But when things level out and you are feeling satisfied, it is easy to let that relationship slip. Dedication gets pushed off by distraction.

It takes faithfulness to stay with Him when things are going well.  This is the condition of much of the church today, especially in America, where most people have their basic needs met.  They are comfortable and don’t recognize their need for more of Him. Or maybe you seek Him desperately while unemployed, but once you get the job you back off.  If you’ve been stuck at a certain level in your spiritual walk it could be because you withdraw when things...

One Thing is Needed to End Stress (Part 2) 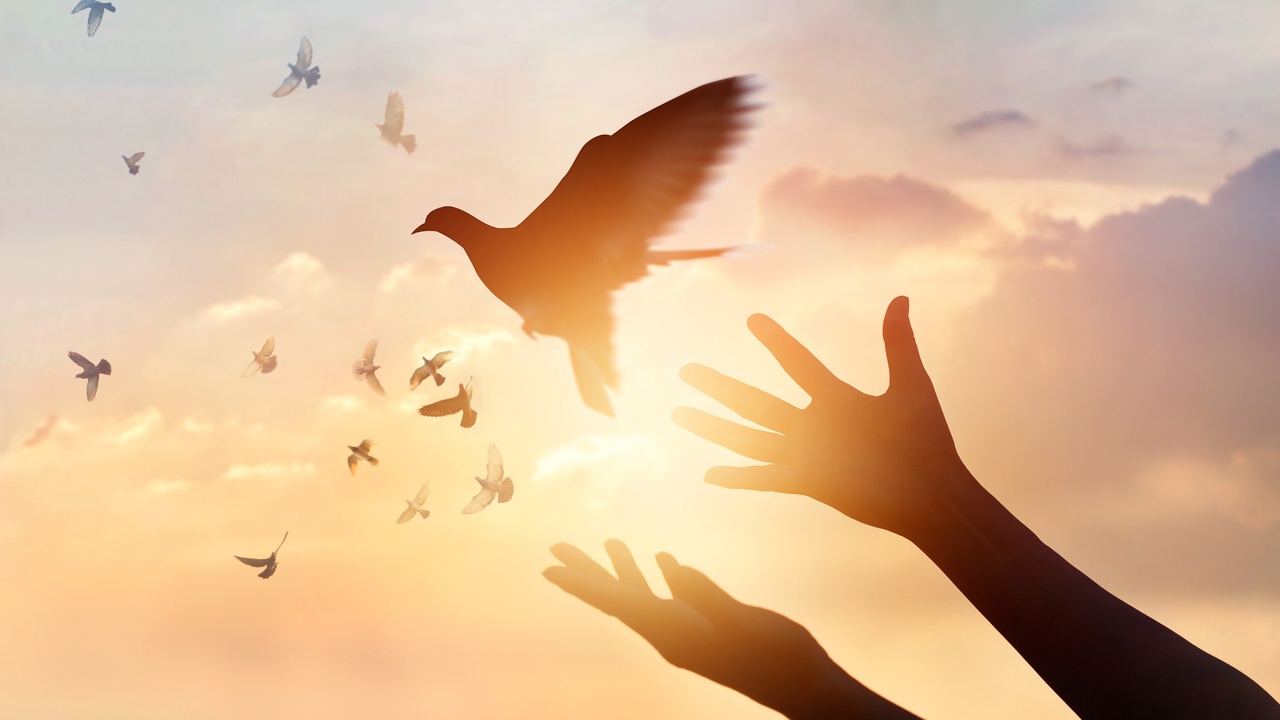 “You will learn to walk in the spiritual realm as easily as a bird flies.”  This prophetic word given by God to one of His prophets makes my heart soar (pun intended).  Isn’t this the dream of every Christian?

I’ve been talking with God about why it seems to be so hard to see results in our Christian walk.  We believe by faith for something we need in our life, something that we see promised to us in the Bible, and yet it doesn’t happen.  This seems hard. Aren’t the things of God supposed to be so simple a child could do it?

I’m beyond the point of thinking maybe this isn’t God’s will.  No, I see this promise I need in the Word and so I know it is His will.  Why isn’t it happening?

My mind goes next to it must be me because God never misses it.  Good theology but if I’m missing it, and I’m trying really hard, how hard is He making this?!  No, that doesn’t...

One Thing is Needed to End Stress (Part 1) 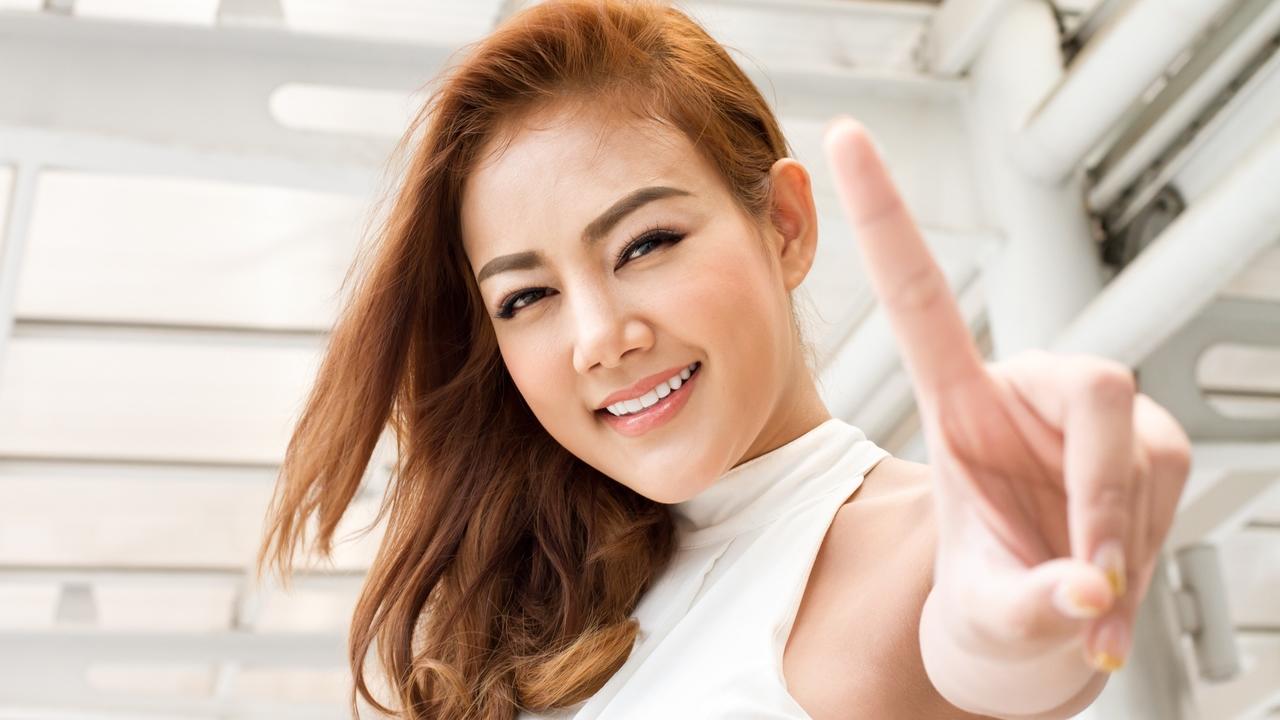 I had a dream on January 18, 2019, in which my father (who died from cancer in 2011) walked up to me wearing a tuxedo.  He looked amazing and about 30 years old. He asked me to join him for supper that night and I told him that I couldn’t and we decided to meet the following night instead.  In my dream, I reached out with both hands and grabbed his upper arms and I remember he felt very solid, tall, muscular...very healthy. I was confused in the dream. Thoughts were going through my mind like, “I feel like I haven’t seen you in years” and I also had thoughts of, “Wait a minute, aren’t you sick?  But you look so well!  Why haven’t I been spending time with you if you are sick?” I couldn’t quite seem to grasp the concept of time in my mind as I talked with him. He handed me a piece of paper in the dream and said that I needed to go watch this video from one of my favorite pastors.

How to Tap Into a Higher Power Through Relaxation 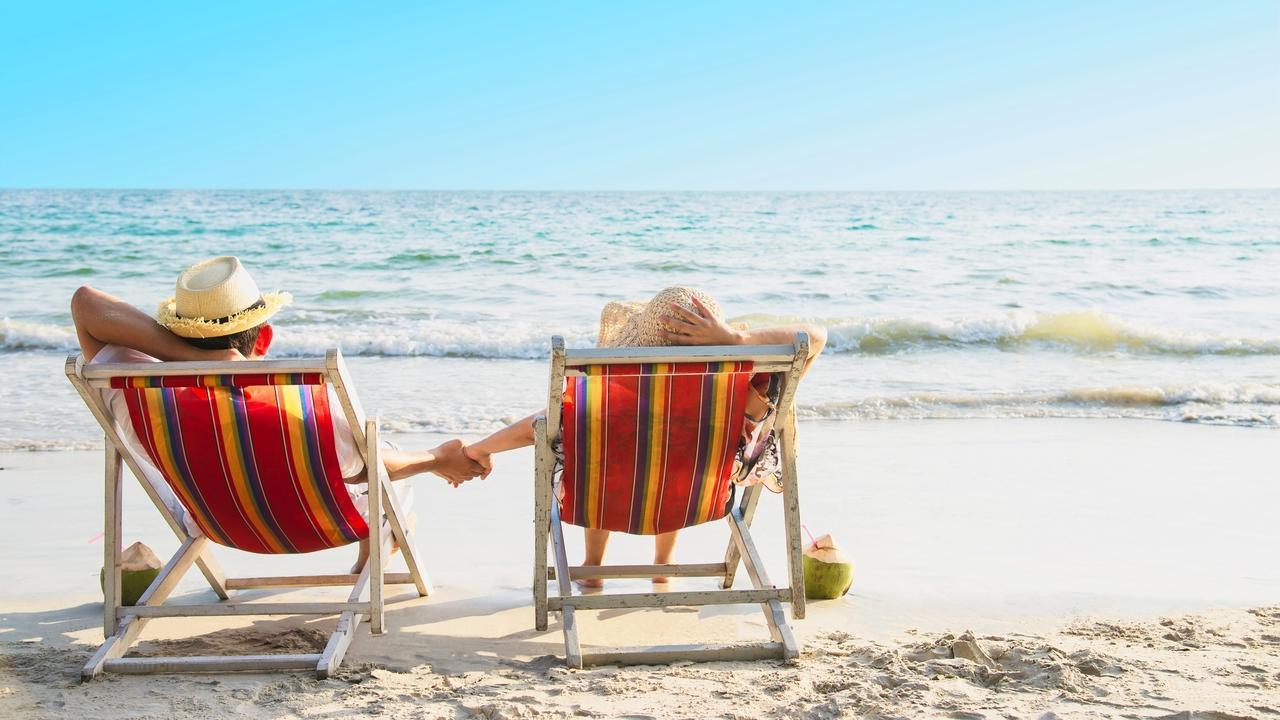 “We are victims of a mounting tension; we have difficulty in relaxing.  Our high-strung nervous systems are on a perpetual binge. Caught up as we are in a rush all day, every day, and far into the night, we are not living fully.  We must remember what Carlyle called ‘the calm supremacy of the spirit over its circumstances.”

Can you imagine seeing this paragraph in your workplace’s monthly newsletter?!  This was written by The Royal Bank of Canada to their employees some years ago. I think they were on to something, not only in their statement but also in their name!

We are failing to get out of life the very things we so badly desire from it because of being victims to tension. One definition of a victim is a person who has been tricked or duped.  Do you feel tricked? Tricked into thinking you just had to try harder, work more, push further and you could start to enjoy life?

Over-pressing will cause you to miss your mark...

How to Taste the Goodness of God 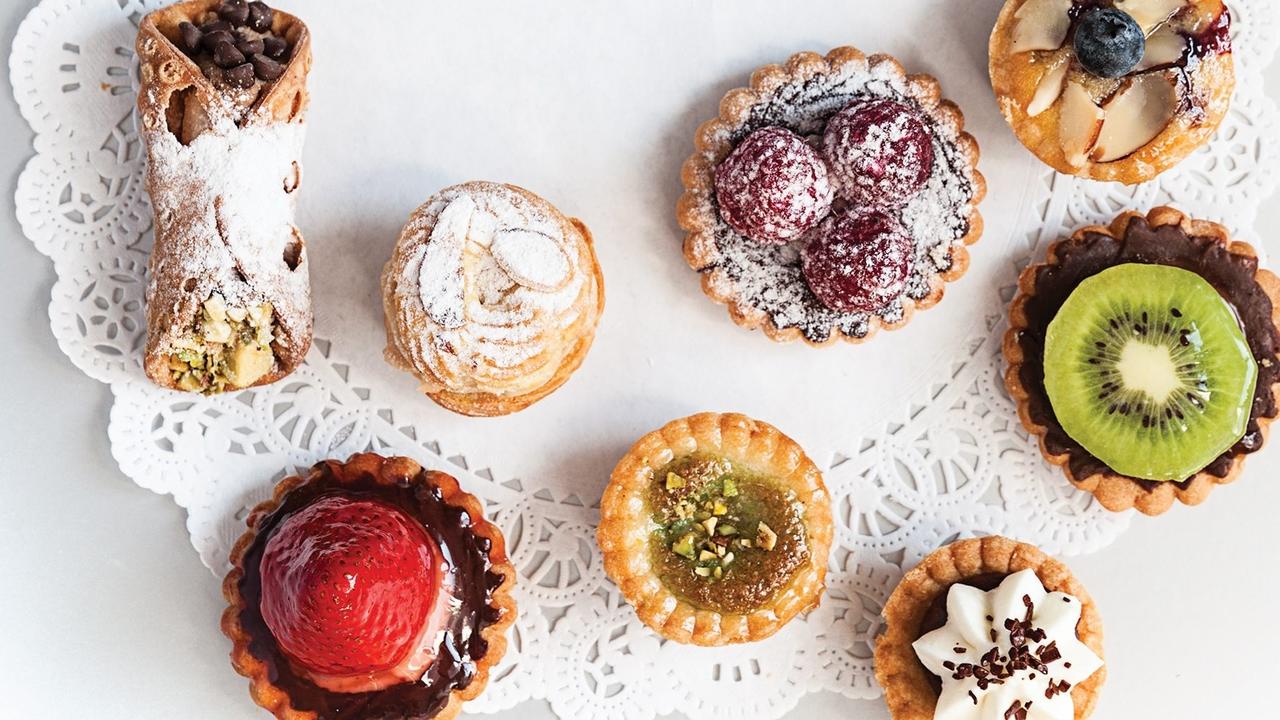 
There is a big difference between believing and experiencing, isn’t there?  I could describe for you an awesome dessert I made that is chewy, gooey goodness and you may be able to picture that in your mind and say that sounds good.  But it would be quite a different thing to get to taste it, experience it and know that it is good.

Maybe you believe God is good because you’ve seen Him do things for others but you aren’t sure... 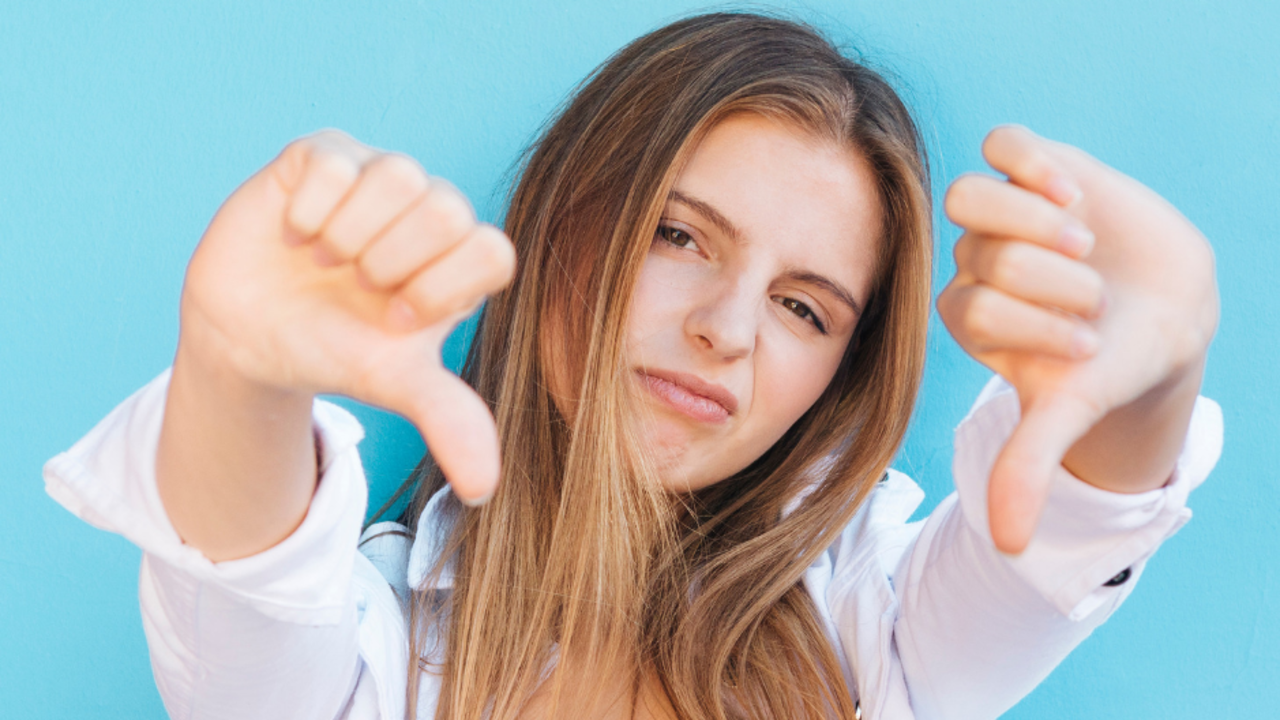 The saying appears to be true: One bad apple spoils the whole barrel.

Why do we get stuck on the one negative thing?

Because we were designed by our Creator to be “wired for love”.  This means anything that goes against love really stands out to us and gets our attention.  Negativity is not normal in the kingdom of God so it draws our attention and throws us off balance.

We should recognize the negative thing so we can deal with it, take authority over it, and bring love into it.  We are restorers...

Remake Your Life With an Invasion of Truth 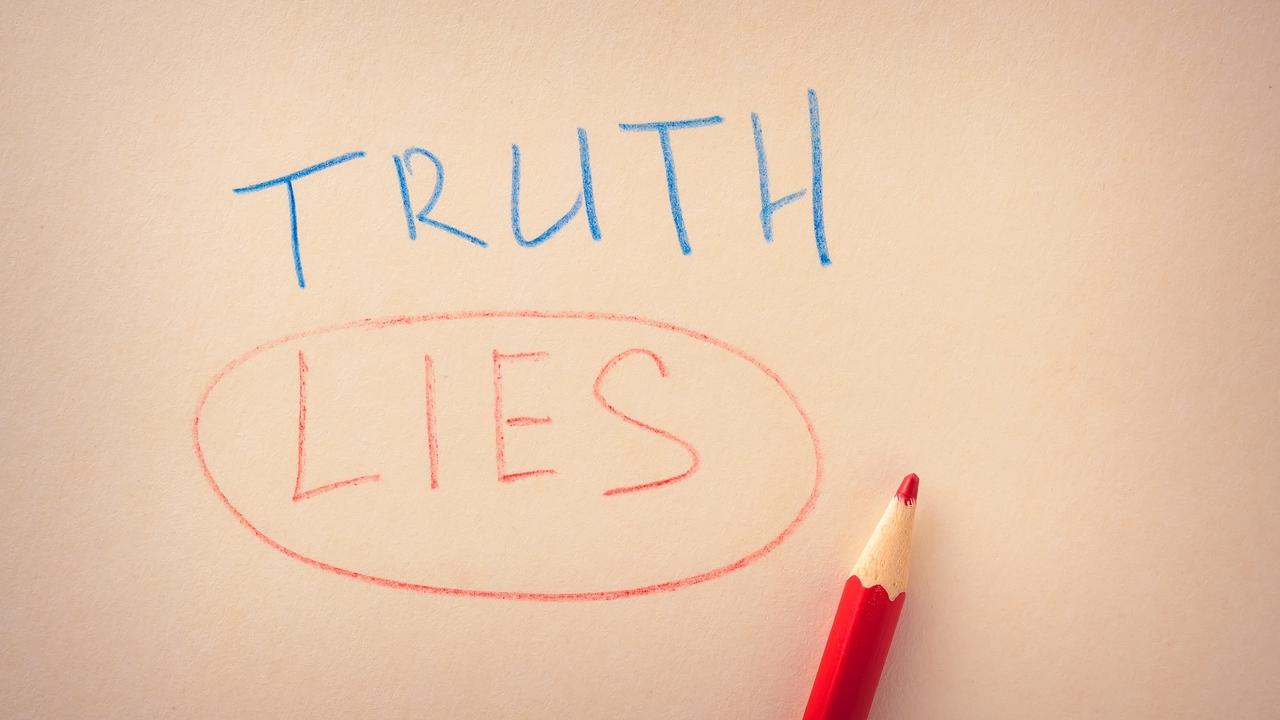 Susan wished she could have a do-over in life.  She wished she could start over but with knowing all she knows now.  She told me she would make a lot of different choices this time around.  Right now she felt stuck in a life she didn’t want and wasn’t happy with. Not everything was bad, she was quick to add.  She loved her family and appreciated many good things about her life but she had a lot of regrets, dead dreams and a general lack of joy.


Although she knew this wasn’t possible to have a do-over, I told her it was possible to remake her life from this point she was at.  What she needed was an invasion of truth. “For if you embrace the truth, it will release more freedom into your lives.” (John 8:32 TPT)

One of the greatest discoveries of mankind is the truth that you can alter your life by altering your attitude of mind.  Of course, God already knew that and told us, “For as he thinks within himself, so is he... 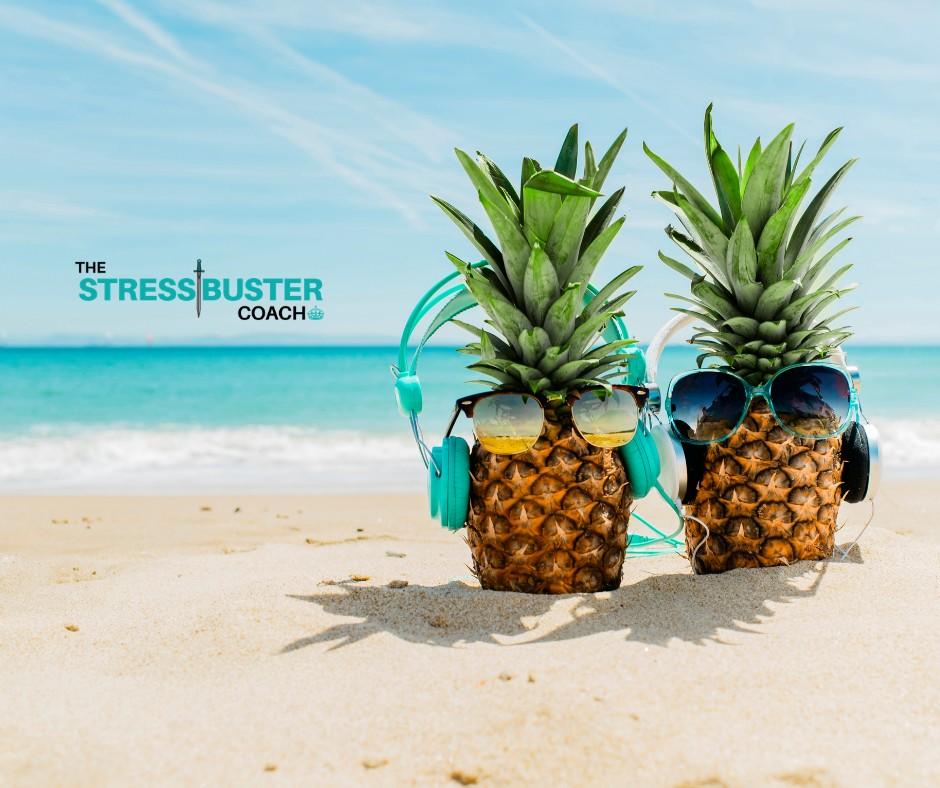 Notify me by email when new content is available. 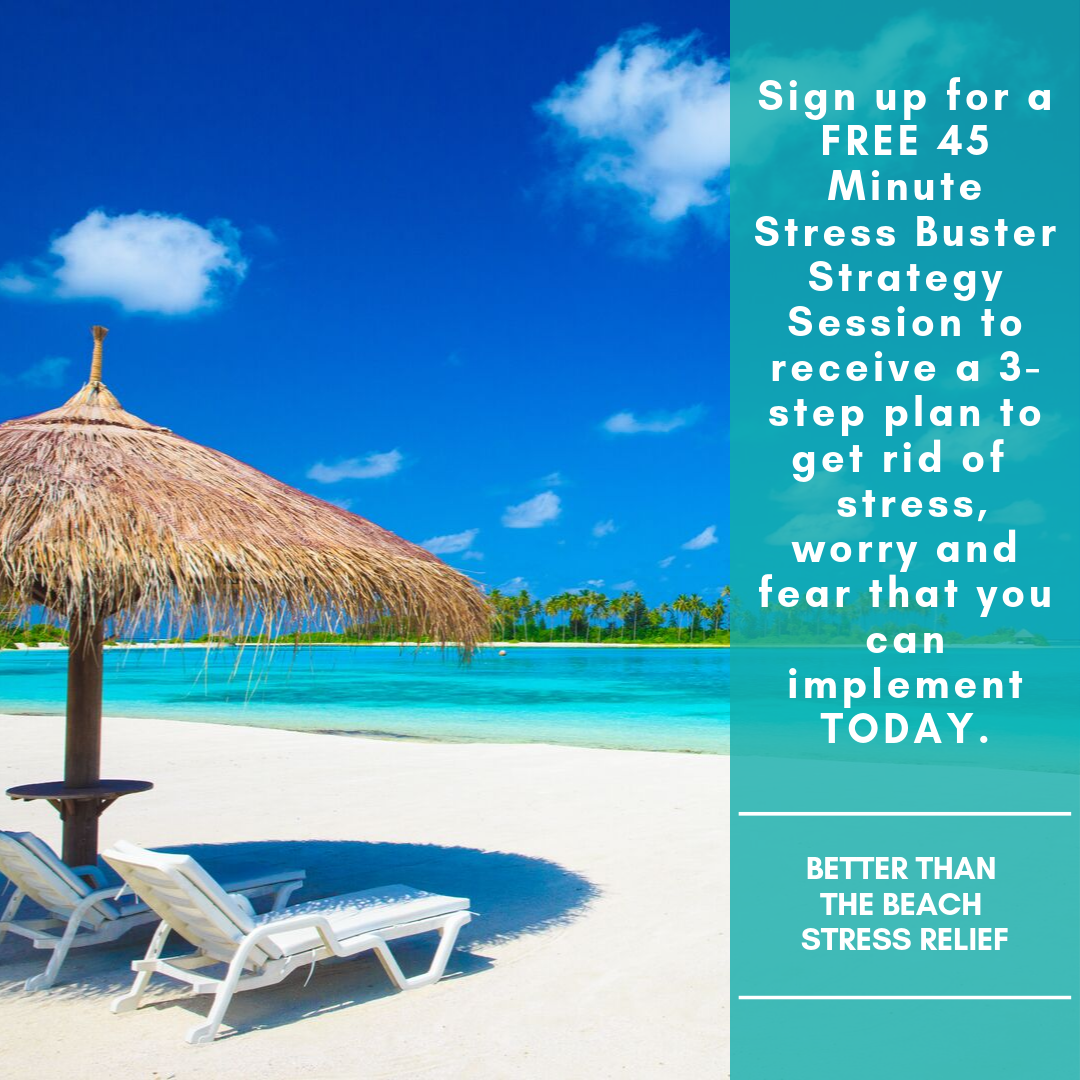 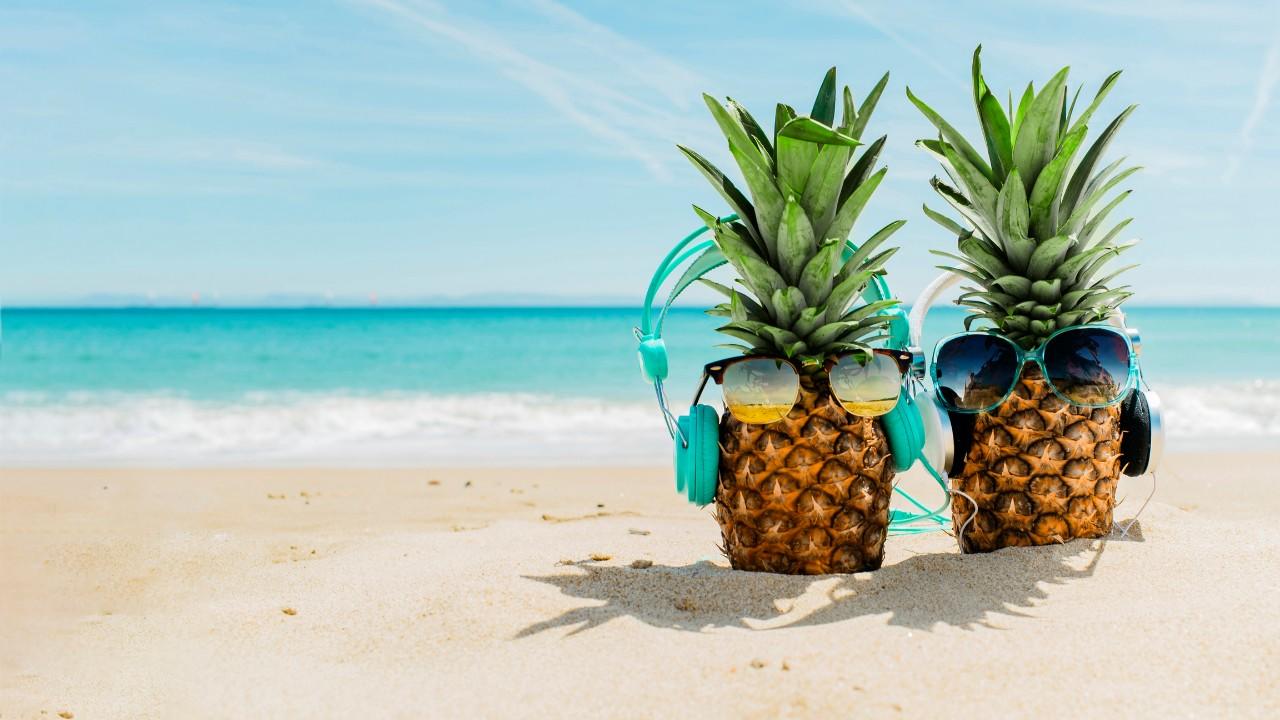 Expert interviews, mini coaching plans, and meaty Bible teaching… all tied together to help me bust through my stress, worry and fear so I can reign in life for the glory of God.